THE HONEYMOON IS OVER, GUYS – OR IT WILL BE, ON JUNE 11, 2018. GOOGLE IS MAKING SWEEPING CHANGES TO ITS MAPS API PRODUCTS. AND BY SWEEPING, WE MEAN SHOCKING.

Here’s what is happening:

We have always known that the search engine giant had its eyes set on making Maps its next billion dollar business, but when Sundar Pichai shared thoughts on how the company plans to get there, he neglected to mention it would be looking to capitalize on its near monopoly in the market. For a geospatial platform as ubiquitous as Google, these changes are pretty draconian in nature and have the potential of stripping off thousands of location-based small businesses of their key functionality.

Naturally, the reactions from developers on the Internet have not been positive. As this user on Reddit says, “Hmm, yearly 10 000$ -> 200 000$ increase in cost based on our current average usage – twenty times?! Thank you google, investing a fraction of that to migration to competition.” And Twitter exploded with disappointment after the news broke: 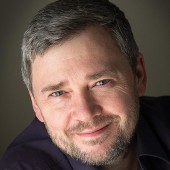 Hello and thanks for reading this article. If you found it informative and educational or you just liked it, please star rate it. (posting is disabled due to spamming) Thank you.

5 Reasons You Should Be Network Marketing Right Now